Riverside Church is an immense building located at 490 Riverside Drive New York, NY. The congregation began in 1841 as a Baptist church. It wraps around four blocks with separate entrances, one on Riverside Drive and another on Claremont Avenue. The church features a sanctuary and main worship space that features very tall stained glass windows. The windows encompass many different colors, purple being the most prominent (a symbol for royalty). The outside of the church is decorated with sculptures of Jesus that can be found on all parts of the church. Known for its very diverse congregation, Riverside Church prides itself on being “an Interdenominational, Interracial, & International and Open, Welcoming, & Affirming congregation” (“Riverside”).

On April 4, 1967, Dr. Martin Luther King Jr. delivered his “Beyond Vietnam: A Time to Break Silence” speech in Riverside Church. Dr. King was speaking against the Vietnam war and the policies in place that in many ways helped to create the war. In addressing the crowd Dr. King exhorted, “my fellow Americans, who, with me, bear the greatest responsibility in ending a conflict that has exacted a heavy price on both continents.” Here Dr. King is calling for the combined efforts of the people. He is standing in the sanctuary at Riverside Church asking the men and women in the audience to bind together to stop the enemy. Dr. King went on to preach that “we in the churches and synagogues have a continuing task while we urge our government to disengage itself from a disgraceful commitment.” Dr. King was not only calling on the help of the people but of the churches as well. He is known to many for his fight for justice for blacks all over the world. One of the many things that sustained him during his fight was his faith.

Sculptural detail from the main entrance to Riverside Church

Phillis Wheatley was the first African American woman to publish a book of poems in 1773. Among the various poems she has written, “On Being Brought from Africa to America” continues to be a staple of American Literature. Wheatley begins this poem by writing “’Twas mercy brought me from my Pagan land,” (1). She is suggesting that “mercy,” is what brought her to America. In the Christian faith, mercy “denotes compassion and love, not just feelings or emotions, as expressed in tangible ways” (“Mercy”). This suggests that Wheatley may have had a belief in God, although not fully formed at this point. Wheatley goes on to say, “That there’s a God, that there’s a Saviour too” (3), which signifies her belief in God. Not only does Wheatley believe in God, but she believes that since Blacks and Whites alike believe in the same God, they should be treated equally. It is their belief in God that not only makes them equal, but saves them as well. Like Dr. King, Wheatley’s faith sustained her through her journey through slavery. 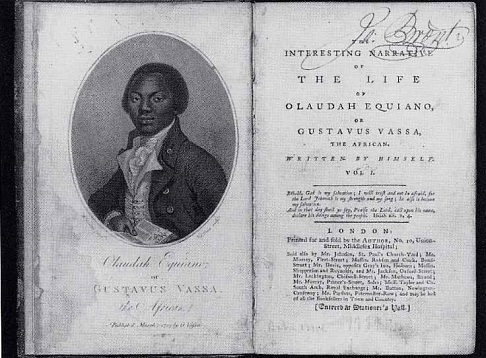 Olaudah Equiano, a self-educated African-American man, wrote about his journey through slavery, which ultimately ended in freedom. Equiano recounted the horrific events of being separated from his family several times throughout his lifespan. In The Interesting Narrative of the life of Olaudah Equiano, he writes, “for scarcely had the fatal morning appeared when she was again torn from me forever!” (Equiano, 1789). This separation comes after a brief reunion with his sister. He wrote about the horrors of the transatlantic slave trade, and the horrid conditions he was forced to live in. Equiano, like Wheatley, soon found refuge in Christianity. Equiano’s life seems to settle down after becoming a “born again Christian,” and he marries and starts a family. The component of all three of these narratives that binds them together is the believer’s faith.

Riverside Church is non-denominational, which means that the church accepts Christians from any denomination. This also means that the church has a very diverse group of people. This diverse congregation points back to Wheatley and her notion that a Christian belief in God united Blacks and Whites alike. The church stands as the place where Dr. King called out all people of every color to help support their brothers and sisters. It is a physical representation of the rejoicing Equiano did in the streets. But no longer does this form of worship have to be done in the streets: it can be housed in a church, a rightful place of worship. Religion has played a major role in the lives and history of Blacks—whether slave or free—and Riverside Church has been along for the ride.