West Side Story: The Classic Made Present

Whether or not we’ve seen it, we all know about Robert Wise and Jerome Robbins’ film adaptation of West Side Story (1961). A classic retelling of Romeo and Juliet based on Arthur Laurents’ musical, the film has echoed in our American culture for over fifty years through its tunes and romantic storyline and the tragic feud between the Caucasian Jets and Puerto Rican Sharks—aka the Montagues and the Capulets.  West Side Story is a charming trinket whose relevance we like to think belongs to the past, but what if the film isn’t just a portrayal of the past?  What if traces of it still exist in the reality of today’s America? 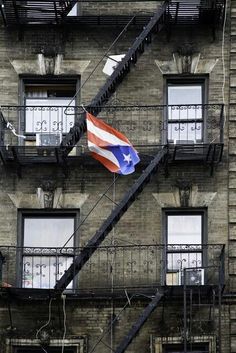 Latinization in America, primarily the Big Apple, has been happening for more than a century.  The results stand loud and proud through the bodegas on every corner, Spanish-speaking establishments, and the spread of vendors selling pastelillos. In 2016, there doesn’t seem to be any indication of Puerto Ricans hiding away with their own kind.  But this isn’t the case in the New York of West Side Story, where mid-century immigrants have to fight a turf war just for the right to exist on the streets, and the star-crossed lovers, Maria (Natalie Wood) and Tony (Richard Beymer), stand no chance as their respective sides tug at them, forcing them to choose allegiances.  Although today’s New York is an exploding melting pot that allows people to embrace their own skin, there is a gut reaction to retreat to the familiar in the face of panic or the unknown.  Whether it’s family or culture, we run back to what’s comfortable, edging away from anything that embodies the Other.  You’ll see where today’s America and West Side Story collide if you mix a little politics with mambo.

Take the witty scene where all the gangs attend a dance on neutral territory.  To keep the peace, the host suggests a game of partner roulette, but plans change when Shark leader Bernardo and Anita (Rita Moreno) reach for each other while everyone else follows suit.  Hence, the song “Mambo” plays as the opposing sides dance in spirited bursts that don’t differ much from the choreographed fight scenes.  In fact, throughout the film, Sharks and Jets mark their territory— whether women or streets—intent upon dominating the other side, ruining everyone’s chances of equality or peace. Each gang draws a stark line between “Us” and ‘Them.”  Yet while the men focus on dominance and divisions, some of the women try to build bridges with wishes of prosperity and for the development of American identities.

Before any blood is shed in the film, a standoff between the Sharks and their girlfriends occurs in the unforgettable number “America.”  The men and women have different ideas of what it means for them to be an American, but again, we get this insistence on loyalty in the lyrics: “Here you are free and you have pride, / Long as you stay on your own side.”  When you stop humming this captivating tune, you start to wonder why “America” is so catchy.  The song offers so much hope about futures with “Cadillacs” and “terrace apartments,” but it also illuminates certain truths about the limits minorities face.  This scene in the film paints a picture of how Puerto Ricans come to the U.S. for success but end up in cramped apartments in condensed Spanish communities without fancy cars or appliances.  This isn’t so different from today’s New York, where many minorities try to make do in the ghetto while having to get around on the always crowded 4 train. Still, this does not deter the hunt for identity on American soil—or as Anita would say, “I like to be in America!”

The search for American identities and loyalties to our ethnic identities have always caused  a struggle, regardless of whether or not we were born in this country or come from a mixture of ethnicities.  Latinos and other minorities, even if they have the highest of hopes and the bravest of hearts, are hindered, if not crushed, by cruel realities daily.  For instance, take the police officer Lt. Schrank.  He constantly sniffs around at any sign of tension between the gangs, but he also doesn’t hesitate to bark at the Puerto Rican Sharks to go home instead of the Caucasian Jets.  He doesn’t mind jumping at the chance to help the Jets for the possibility of fighting the Sharks.  We can find Lt. Schranks in officers who abuse racial profiling to make an easy arrest, extremists of immigration reform policies, and even minorities who joke about other races to gain a sense of superiority.  There are also plenty of Anitas, who have big dreams but are disillusioned by the limits imposed by prejudice.  We can find them in girls whose scholarships are based on their skin color, women who force their children to lose their accents, and children who don’t distinguish race until they attend school.

West Side Story has won eleven Oscars.  It has been acclaimed for its music and excellent romance, and it still should be.  Wood and Beymer enchant us with dreams before breaking our hearts with reality, and Rita dishes out some sass and disillusionment.  Meanwhile, everyone dances on the side of the wall that they have built and maintain—not that different from the walls between countries and peoples that certain politicians wish to erect today.  Whether you watch it for fun or illumination, this film deserves another award for still being an eye-opener in 2016 of what it really means to live in America.

Kejana Ayala is a creative writing major and aspiring screenwriter and author who expects to graduate from Lehman College in 2017.  An avid reader and devotee of Peter Pan, she hopes to one day experience and write about “an awfully big adventure.”