The Walls: A Poem 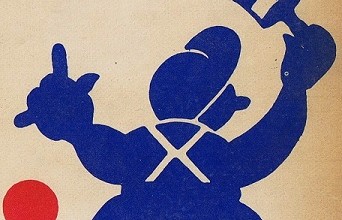 Junior steps into his overalls,
and using a large cellulose sponge
dabs and chisels to clean the pillars.
While the radio plays Michael Jackson’s Billie Jean,
He sings along off key and in spanglish
Junior, dust, dirt, and grease become one.
He covers the trim with tape.
On his forehead are beads of sweat,
while he fills the tray with paint.
He paints the wall with a roller,
starting at the right top corner.
Junior clenches his throat then coughs,
Takes a pause and sips from his beer,
then continues painting with the roller,
from left to right. A splatter of paint misses the wall
lands on his boots.
Junior raises the window and opens the door,
to ease the reek from his breathing air.
Up and down,
Left to right dances junior and his paint brush with the wall.
“I am done,” as he wipes the sweet from his forehead.
Evidence of his hard work is completed with a signature.
“Caution wet paint.”
While on the cell phone he tells his boss
“Now I’m going to apartment 4J.”

A poem about the monotony of work and how we cope with that monotony, “The Walls” has great relevance to other texts we read in American Literature during the Spring 2016 semester: above all else, Herman Melville’s “Bartleby: A Story of Wall Street,” about the scriveners or law copyists and including Bartleby’s famous “dead-wall reveries”; Rebecca Harding Davis’s “Life in the Iron Mills”; folk tales retelling the legend of John Henry; Studs Terkels’ Working: People Talk About What They Do All Day and How They Feel About What They Do; and Lorraine Hansberry’s A Raisin in the Sun.  Jwendlen gave a reading of “The Walls” in class on May 5. – JBM

Jwendlen Nivens is a creative writing major at Lehman College and a future teacher. He enjoys taking long walks in the city, reading romance novels and writing poetry.