The Bethlehem of Hip-Hop

The story, or legend, of the birthplace of hip-hop goes like this: Jamaican-born Clive “DJ Kool Herc” Campbell and his sister Cindy Campbell conducted the first hip-hop party in 1520 Sedgwick’s recreation center (Chang 67). It was August 11, 1973, and D.J Kool Herc was throwing a Back to School Party. This party was a “pivotal” movement in hip- hop history because 1520 became a safe haven for a generation to cultivate hip- hop’s culture against the burdens of unemployment, poverty, drugs and violence. D.J Kool Herc continued holding parties  in 1520 from the hours of 9 p.m. to 4 a.m. His parties attracted hip- hop culture’s graffiti artists, break dancers, and emcees. Furthermore, those wishing to attend were charged accordingly: women paid a quarter and men paid a half dollar. 1520 Sedgwick Avenue is believed to have housed hip- hop’s first rapper Coke La Rock. Legend also reveals that DJ Kool Herc first demonstrated the break beat in the 1520 Sedgwick recreational center. According to DJ Kool Herc, DJs have emulated his invention by way of utilizing two turntables and a duplicate record to prolong the best verse of a song. Along with providing hip-hop with the fundamental use of the turntables, parties held at 1520 pioneered hip-hop’s usage of loud speakers. What’s more, 1520 Sedgwick Avenue hosted future hip-hop legends such as Coke La Rock; Grand Master Caz, leader of the Cold Crush Brothers; Grand Master Flash; Busy Bee; Afrika Bambaataa; and KRS- One.

1520 Sedgwick Avenue’s coronation as the birthplace of hip-hop was made official in what appeared to be a desperate attempt to save the building from the housing crisis. New York Mayor Bill De Blasio signed a bill that confirmed the building was the birthplace of hip- hop. As a result of this 2016 bill, the myth concerning hip-hop’s creation belonging to one man and one preferred location was documented as official city truth. While speaking as a guest of honor at this event, DJ Kool Herc said,”1520 Sedgwick Avenue is the Bethlehem of hip-hop.” DJ Kool Herc’s own website echoes this claim that he is the founder of hip-hop. His self-proclaimed title that he is hip-hop’s founder helps to establish the myth that he and a preferred location singlehandedly produced a culture, which currently generates over ten billion dollars in revenue. 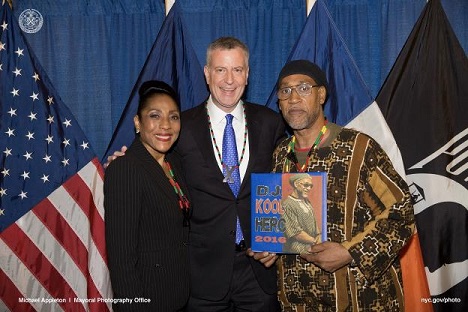 Jeff Chang’s history of hip-hop, Can’t Stop Won’t Stop (2005) explores the thesis that hip-hop was not born at 1520 Sedgwick Avenue. Chang argues that hip-hop emerged from the poverty-stricken areas of the South Bronx that were decimated by Robert Moses’s urban renewal plan. Completed in 1963, Moses’s Cross Bronx Expressway cleared out white neighborhoods and business owners. By the 1970’s, the phenomenon known as “white flight” had resulted in a South Bronx demographic of impoverished blacks and Puerto Ricans. Under these circumstances, slum property owners abandoned their obligations to their tenants and committed arson in exchange for capital. The result of so much vacant or destroyed property allowed gangs to occupy entire buildings, which led to the spread of drugs and crime. According to Chang, harsh conditions like these are the prerequisite for new musical forms. Chang argues that if the blues culture came into being under conditions of oppressive, forced labor, hip-hop culture would arise from the condition of absence of employment. Chang’s reasoning grabbed this reader’s attention because if he’s right to conclude that hip-hop came into being under conditions of poverty and joblessness, then that would cast doubt on Kool Herc as its founder, seeing as 1520 Sedgwick is located in the West Bronx and its residents, like Kool Herc’s family, were middle class. 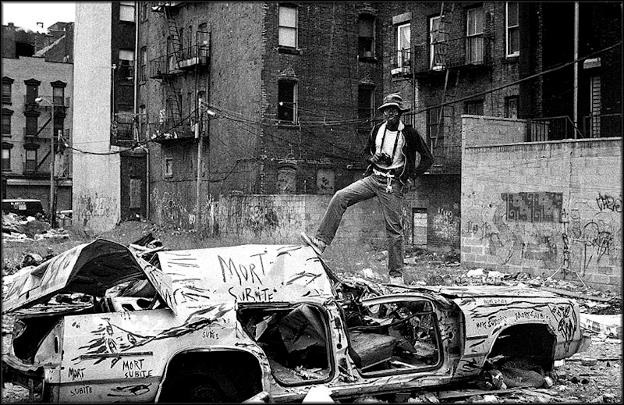 Ron Lawrence and Hasan Pore’s hip- hop documentary entitled Founding Fathers: The Untold Story of Hip- Hop (2014) also casts doubt on DJ Kool Herc’s self-proclaimed title. Names of other contributors to the genre’s birth like Grand Master Flowers from Brooklyn, DJ Hollywood from Manhattan, the Nu Sounds Crew and the Disco Twins from Queens are mentioned in the film’s discussion of the founding fathers—notice the plural—of hip-hop. In addition, the film discredits DJ Kool Herc’s theory that he pioneered the use of two turntables and the necessity for astonishingly loud speakers. The film corroborates Chang’s suggestion that the rise of unemployment, poverty, and drugs caused hip-hop’s cultivation throughout the boroughs of New York City. Lawrence and Pore’s untold story of hip-hop suggest that hip-hop parties began way before August 11, 1973. In addition, the documentary, along with its guest speakers, deny 1520 Sedgwick Avenue’s claim as the birthplace of hip-hop.

To conclude, very much like the tall tales of Christopher Columbus’s discovery of the New World, the history concerning the birthplace of hip-hop is distorted. Although de Blasio’s enactment saved a historical monument from the housing crisis, de Blasio subsequently undermined a people and their communities, for it’s the communities themselves that truly deserve the credit for pioneering a culture that developed into a multi-billion-dollar industry. To say that 1520 is “the Bethlehem of Hip-Hop” is wrong; furthermore, we all know that pioneers of any sort rarely get the chance to shine and reap the benefits of their labor.