The Black Yankee: Jay-Z on Fame, Social Hierarchies, and the Yankee Hat 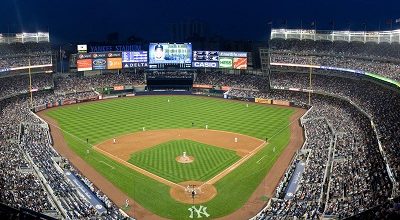 Yankee Stadium is the diamond-shaped, seven-story home field of the New York Yankees, located at One East 161 Street, in the Bronx. Seating approximately 50,000 people, the Stadium—and the New York Yankees—are staples of the Bronx community, so much so that the team is affectionately known as “The Bronx Bombers.” The Yankee Stadium that currently exists is the second stadium built for The Bombers; the first, built in 1923, stood across the street on River Street. The new stadium was constructed in 2008 to much controversy about possible displacement of residents and the loss of a community park that used to exist where the new stadium was erected (“New Yankee Stadium”). In addition to being used for baseball games, the current stadium hosts soccer games and concerts. Brooklyn rapper, entrepreneur, and philanthropist Jay-Z played at Yankee Stadium for the “Home to Home Tour” with Eminem on September 13, 2010  and the “Legends of the Summer Tour” with Justin Timberlake on July 19 and 20, 2013  (Barshad; Rosenthal).

A native New Yorker, Shawn “Jay-Z” Carter is a Black American Hip Hop artist who has been producing Hip Hop music since 1996 when he released his debut album Reasonable Doubt. He is a staple in Black culture and one of the most celebrated African American rappers. On his eleventh studio album, The Blueprint III, Carter recorded “Empire State of Mind” featuring Alicia Keys, which became an instant hit and New York anthem when it was released in 2009. Even though Jay Z boasts of his borough of birth, Brooklyn, the most in his music, on “Empire,” he does justice to the larger city by alluding to the Bronx and Manhattan. The track references artists and actors such as Robert De Niro, Spike Lee, Biggie Smalls, and Special Ed while also paying homage to Afrika Bambaataa, a Bronx native, and Frank Sinatra, who was born in New Jersey. Carter also name-drops streets and notable areas like Tribeca, Harlem, Bed-Stuy, and Broadway. He points out several of New York’s big attractions: the Labor Day Parade, The Statue of Liberty, The World Trade Center, and The Empire State Building. In verse one, he raps about several New York sport teams, the New York Knicks, the Brooklyn Nets, and, of course, the New York Yankees aka the Bronx Bombers.

Interestingly, Carter and Keys present juxtaposed views of the New York City lifestyle. Even though Carter is attempting to promote  the Big Apple, he concludes by describing the corruptible nature of the fast life in the city that never sleeps: “‘Hail Mary’ to the city, you’re a virgin / And Jesus can’t save you, life starts when the church ends / Came here for school, graduated to the high life / Ball players, rap stars, addicted to the limelight.” The New Yorker’s initial religious purity and educational ambitions are turned into “addict[ions] to the limelight.” In contrast, Keys sings, “New York, concrete jungle / Where dreams are made of / There’s nothing you can’t do.” Her chorus touches on how even though the city is considered the concrete jungle, it still remains a city rich with opportunities.

Yankee Stadium, where Jay-Z performed in 2010 and again in 2013, is home to the most illustrious baseball team in the history of Major League Baseball (MLB). The Yankees boast twenty-seven national championships and some of the most prolific baseball players. Yogi Berra, Mickey Mantle, Joe DiMaggio, Lou Gehrig, Babe Ruth and Derek Jeter are the first that come to mind. When ESPN released a list of the top fifty Yankees, however, only eight were of at least half African American descent (“50 Greatest Yankee Photo Gallery”) Baseball is not (or is no longer) strongly associated with African American culture, which is why it’s surprising that Carter would rap on “Empire State of Mind” that he “made the Yankee cap more famous than a Yankee can.” 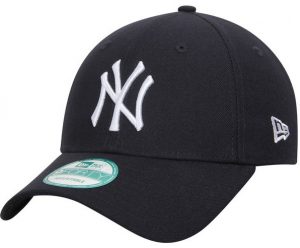 Addressing his fame and influence through these lyrics about the renowned Yankees hat, Carter makes the extremely bold claim that he, as a rapper, made or could make the sportswear of the most winning baseball team “more famous” than the actual players themselves. What the artist is addressing here is his social capital. He is more famous than any baseball player, and baseball has always been a white dominant sport. The Yankee hat makes up part of the players’ attire, and, in turn, Yankees fans wear Yankees hats. Therefore, if Carter could use his social capital to make the Yankees apparel more appealing than an actual Yankees player, it would be a statement about black social production. He, as an artist, has more influence on culture than a (white) Yankees player. So if the average pinstripes-loving American saw Mickey Mantle and Shawn Carter walking down the street wearing a Yankees hat, that person would be more likely to purchase and wear the hat in response to Jay-Z’s appeal (not Mantle’s). The song thus attempts to take a dominant white space—the baseball diamond—and associate it with Blackness, the Black production of music, and the social capital of the rap genre. Rap, Yankee Stadium, and the Yankees hat can be Black—you just need an “Empire State of Mind” to see it.