“Queen of Snark”: Dorothy Parker and How She Made Her Name at the Algonquin Hotel

The Algonquin Hotel, located at 59 West 44th Street, is one of literary New York’s most important places. The building, which opened as a hotel in 1902 and was designed by Goldwin Starrett, is marked as a New York City Historic Landmark. It was named for the Algonquin tribes that used to live in the area (James 7). Over time, this hotel became popular with many journalists, authors, publicists, and actors. Having dinner at the hotel became a routine for these talented people during the years 1919 to 1929. In particular, the Hotel became famous and entered American literary history thanks to a group called The Round Table. The Round Table was a group formed of members such as Art Samuels, Charles MacArthur, Harpo Marx, Alexander Woollcott, and the “Queen of Snark,” Dorothy Parker. This vicious-tongued group would meet every day in the hotel to exchange witty talk and work on poems and novels which we still study even to this day. They gathered first at a rectangle table in a room of the hotel now known as the Oak Room. When the group got too big, the hotel allowed them to sit at the round table in what is now called the Rose Room. 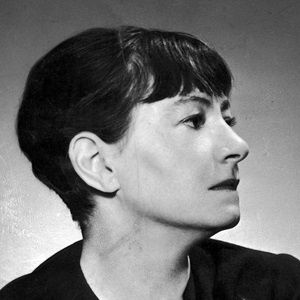 Dorothy Parker is considered the Queen of Snark and Epigrams because her writing is full of a very dark sense of humor. She was born on August 22, 1883 in New Jersey and passed away on June 7, 1967.  She grew up on the Upper West Side of Manhattan. A poet, she sold her first poem in 1914 to Vanity Fair magazine (Fitzpatrick).  After parting ways with The Round Table she gained a lot of success by moving to Hollywood, where her work received an Academy Award and where she even earned a place on Hollywood’s infamous Blacklist (Fitzpatrick).  Parker was prolific, but she is most famous of all for her books of poems, Enough Rope (1926), Sunset Gun (1928), and Death Taxes (1931).

Enough Rope is the public’s favorite. According to The Dorothy Parker Society, this book is the darkest and most humorous one she ever wrote. It is made up of short poems such as “The Small Hours,” “The False Friends,” “Rainy Night,” “A Very Short Song,” “Inventory,” “Unfortunate Coincidence,” and “Epitaph.” Her poems describe being lonely, feeling pain, darkness, and being unloved. In the poem “Rainy Night,” Parker writes about the ghosts that trouble her at nighttime. She writes, “Ghosts of dear temptations, heed; / I am frail be you forgiving. / See you not that I have need / to be living with the living?” (Parker, 11). In these lines, Parker is telling these ghosts and problems that cause trouble to take it easy on her because she still has a lot more living to do. The last line reveals her dark side as the question mark suggests that she’s not sure if living is worthwhile.

Critics and fans study her words carefully because she attempted to end her life more than once (Fitzgerald). While you would think that with so many accomplishments she would lead a happy life, this was not the case. It was recorded that she attempted to commit suicide about three times, with one of these attempts actually occurring in the famous Algonquin Hotel (Fitzpatrick). Because of these suicide attempts and her dark humor she became known as the 20th-century’s “Queen of Snark” (Fitzpatrick).

Dorothy Parker has helped make the Algonquin Hotel famous and prosperous through all these years. Her life was full accomplishments but also had many downhills. Besides her suicide attempts, she basically drank her life away. Even when she was a member of the Round Table, she would drink to excess. She mentions her favorite drink, the martini, in a famous poem attributed to her: “I love Martinis, / But two at the most, / Three I’m under the table; / Four, I’m under the host” (Parker 17).  For this love of the martini, the Algonquin Hotel has a special drink on the menu. In honor of the Round Table and Parker, the Hotel has a martini that costs $10,000 (Abeer). This special martini has a diamond at the bottom of the glass. The person who chooses to buy this martini does so to propose to a loved one. This martini is a dream to women who are big fans of the Round Table and Ms. Parker. In a way, this special drink serves to honor the darkness, sarcasm and romance of Dorothy Parker’s life and writing.