Sadness and the City: A Look at Allen Ginsberg’s “My Sad Self”

I stood at a window, maybe ten stories high in a vacant office building, resting my fingers against the glass, pressing lightly, as if to test the strength of the barrier separating me from them. Them—the faces I could almost make out. The looks of sadness and joy I could almost discern—the people that almost were. Buses pulled in and out. Dark, industrial smoke weaved its way through some of the already blurry scenes of everyday life along 34th Street and 5th Avenue. But it wasn’t so much a location that I went to, as much as it was a physical height and an emotional low. I was visiting a sensation. 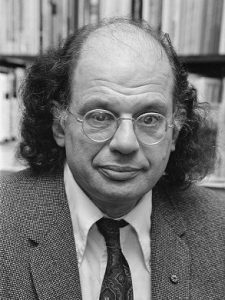 “My Sad Self,” a 1958 poem by Allen Ginsberg, presents a dichotomy between separateness and belonging, through which Ginsberg explores his perhaps incomplete identity as a New Yorker. It begins with a proprietorial depiction of certain locations in New York, with lines such as, “[I] gaze at my world,” “my buildings…,” “my history summed up, my absences and ecstasies in Harlem,” and “sun shining down on everything I own.” The poem touches upon the memories of Ginsberg’s childhood and past lovers, his birthplace and residences, through “paths crossing in these hidden streets.”

However, the second section of his poem describes the emptiness of walking through those same crowded streets, searching for an unidentifiable quality in the faces of passersby, in the traffic behind, in the noise. Ginsberg describes the seemingly non-existent passing of time, the lifelessness of ritual, and the sadness that haunts his day-to-day tasks. In his own words, he states:

I walk the timeless sadness of existence,
Tenderness flowing through the buildings,
My fingertips touching reality’s face,
My own face streaked with tears in the mirror
Of some window—at dusk. (37-41)

And sure enough, at dusk, all is lost “in one eyeblink to the horizon / [and] in [his] last eternity / matter is water,” slipping through the poet’s fingers, never to be recollected quite the same way again.

Ginsberg describes his methods of coping with these moments of melancholy by going up to the highest floor of 30 Rockefeller Plaza and looking down. Perhaps there’s something about the distance that makes the pain a bit more bearable, a bit less real. Skyscrapers, such as the one in which he stood, were created in order to “maximize the income and productivity of the urban landscape.” (“Skyscrapers”). The expansion of livable space they created subsequently allowed for millions of people to populate the streets of New York. However, staring down at a crowd, gazing at a cold world you were never quite a part of, can sometimes have adverse effects, one being “social invisibility.” 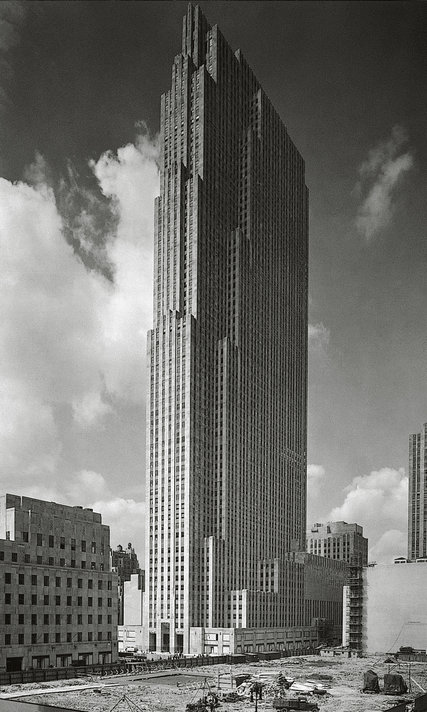 Social invisibility can be defined as “an experience of oneself as unseen by others, not in a literal, physical sense, but rather in a metaphorical, inter-subjective one” (Scotland-Stewart and Lanier 5). In other words, social invisibility creates a psychological illusion, a  feeling of being hidden or seen-through, even while being surrounded by others. It acknowledges all this life around you, and not being able to take part in it—being alone in the vibrant swell of the masses.

In the words of Olivia Laing, “Loneliness can be a fear of abandonment, or shyness, or an inability to speak—to voice our feelings and thoughts… So much of the pain of loneliness [has] to do with concealment, with feeling compelled to hide vulnerability, to tuck ugliness away, to cover up scars as if they are literally repulsive” (qtd. in Holleran).  Consequently, many of the people who already feel hidden make efforts to further hide parts of themselves, or things they may be feeling. Allen Ginsberg, however, wrote this poem to a contemporary of his, actually admitting to, perhaps even embracing, this loneliness and sadness. He writes about what it feels like to be both of and apart from the city. He writes about how it feels to stand unmoving, the rock in a flood of people. 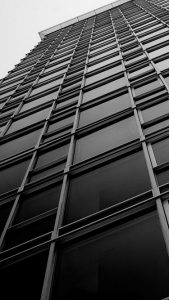 I’m sure we’ve all felt this emptiness at some point or another. I, for one, remember going to high school in the city, and feeling all these people—these people and their untold stories, just walk right by me. I remember thinking that these were the unrecognizable faces I’d see in my dreams in days ahead; their silhouettes and blank stares would be the snippets my unconscious would hold onto. My own face might even likewise find one of their dreams on weary nights. We will never know each other’s names.

But who cares, right? We’re just strangers—going away, coming home. We’re just lonely souls separated by an ever so delicate barrier of silence—faces protected by glass windows of apathy.

But the thing about glass is that it can be broken. And this distance we arm ourselves with can be easily shattered—with a smile, a plea, a cry for help—a “hello.” Looking out from afar only does so much. But the minute we open ourselves up to the world, that minute we start to breathe fresher air.

Scotland-Stewart, Laurel, and Anderson, R. Lanier. Social Invisibility as Social Breakdown: Insights from a Phenomenology of Self, World, and Other (2008): ProQuest Dissertations and Theses. Web. 12 October 2016.